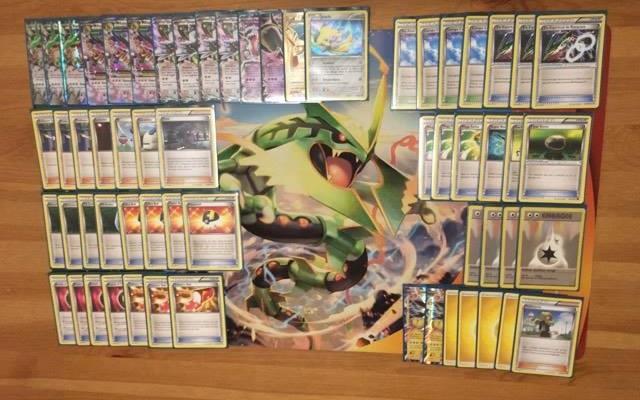 Mega Rayquaza: Can You Tame This Dragon?

It is Steffen from team 8bp here, and today, we are going to look at one of the top decks in the current Pokémon TCG metagame, namely Mega Rayquaza. In this article, I will give a brief overview of different version of this very powerful dragon deck you can play. There will be lists available for all the different builds discussed in this article, so you all can build this monster of a deck!

Mega Rayquaza is a very strong deck, capable of dealing up to 240 damage in one single attack. This, combined with its ability to set up in the very first time of the game (if you go second off course!), makes it a very scary dragon to play against. For these reasons, the deck has been frowned upon by many players. If this dragon is not effectively countered, it is a true powerhouse, and will simply blow up the board, and the dragon will have consumed you within a few minutes. So far, this season, it has won two out of four European Regional Championships, and made several other top placements. Last weekend, I piloted it to a top 8 finish at Sheffield Regional Championship.

Mega Rayquaza might seem like a straightforward deck to build. However, there is still some considerations to make when building this deck. There are in my opinion currently five versions of Mega Rayquaza to consider: Lightning, Metal, Water, Fire, and Fairy. Each of these types pairs Mega Rayquaza with one or more Pokémon of that type, and play the according type of basic energy. The first version, I will go through is the lightning version, as that was the version I used in Sheffield. After discussing a few key cards, I will, based on the list I used, tell you what cards to shift to construct the four other versions.

The key cards in this list I would like to point out are: Jolteon EX, Puzzle of Time, Skyla, and Delinquent:

Jolteon EX, is in my opinion a relay good card for a deck like Mega Rayquaza. Jolteon has free retreat cost, which makes a great starter Pokémon for the deck, and a good Pokémon to put up front when your opponent plays a card like Escape Rope. If you start with Jolteon EX, it is also easier to hit the turn one attack with Mega Rayquaza, as you do not need to dig out a switch card from your deck. Next to this, it’s attack, Flash Ray, can win you games against deck like Yveltal, Darkrai or Volcanion, if they do not play Pokémon Ranger, or manage to play a Lysandre and Escape rope in the same turn. I am a huge fan of the free retreat Jolteon EX provides you, being the main reason why I choose to run this version of Mega Rayquaza at Sheffield Regionals.

Puzzle of Time, is a key card for this deck to function after the initial few turns. Being able to recycle resources late game if huge. It gives you the ability to reuse cards that you had to discard earlier on, and it essentially gives you a fifth copy of cards like Sky Field, Double Colorless, or an extra copy of any other card you might need at a given point during the game.

Skyla, is a card I have found to boost the consistency of this deck, especially early game. It helps you search out that final piece you miss to set up that massive turn one Mega Rayquaza. I often use it to search for an Ultra Ball, so I am able to set up. Other times, I use it to find a copy of Sky Field, so I can counter my opponents’ stadium.

Delinquent, is a very good card in this list, despite what most people might think. Being able to catch your opponent of guard, and get their hand size down to zero is game winning. However, I also used it to just counter my opponents’ stadium, so I was no longer locked under Parallel City or Silent Lab. With VS Seeker and Puzzle of Time, Delinquent is quite easy to use in this deck.

If you want to try out another version of Mega Rayquaza, ten you can make the following changes to the deck list above. Each of the other version, are 7 cards different from the lightning version above. Cards marked with * are the cards you need to shift. You can also look at the picture at the end of the article, and see the cards you have to change in the bottom right corner.

Each of the versions mentioned above, are able to tackle different match ups slightly better, but the overall strategy remains the same. If you have any questions regarding the reasoning for the cards included in the different version, then find me on one of the social media addresses mentioned below.

Mega Rayquaza is probably one of the strongest deck out there in the current meta. Its speed combined with its hard hitting attack, makes it a very scary dragon to face at a tournament. I hope you all enjoyed my short review of the deck, and the lists I presented above. Now you all have the chance to go and try out this fearsome dragon deck! 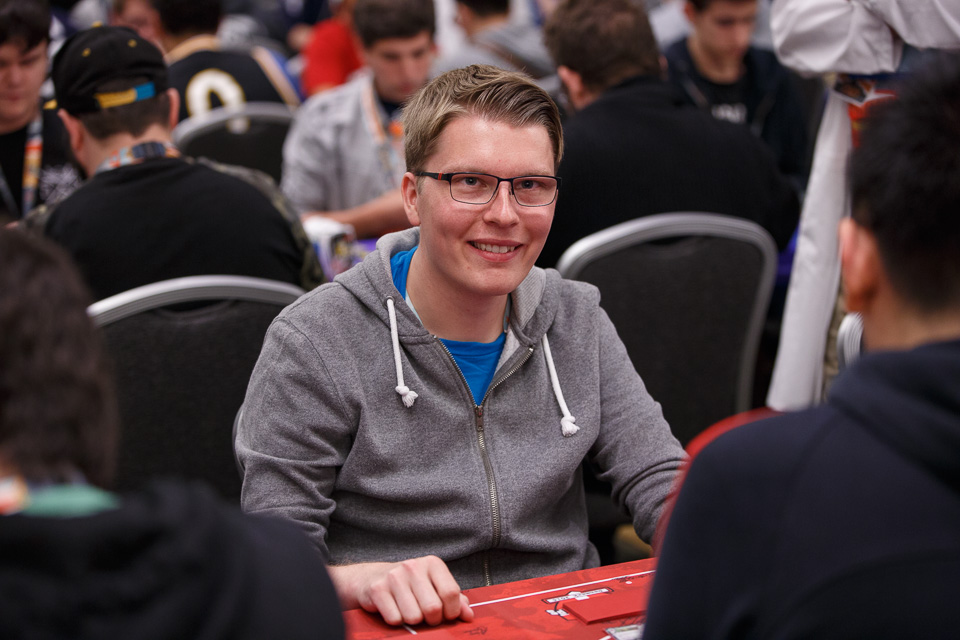