Delve into our dragon archives, read about your favorite dragons and download the art to use as wallpapers. 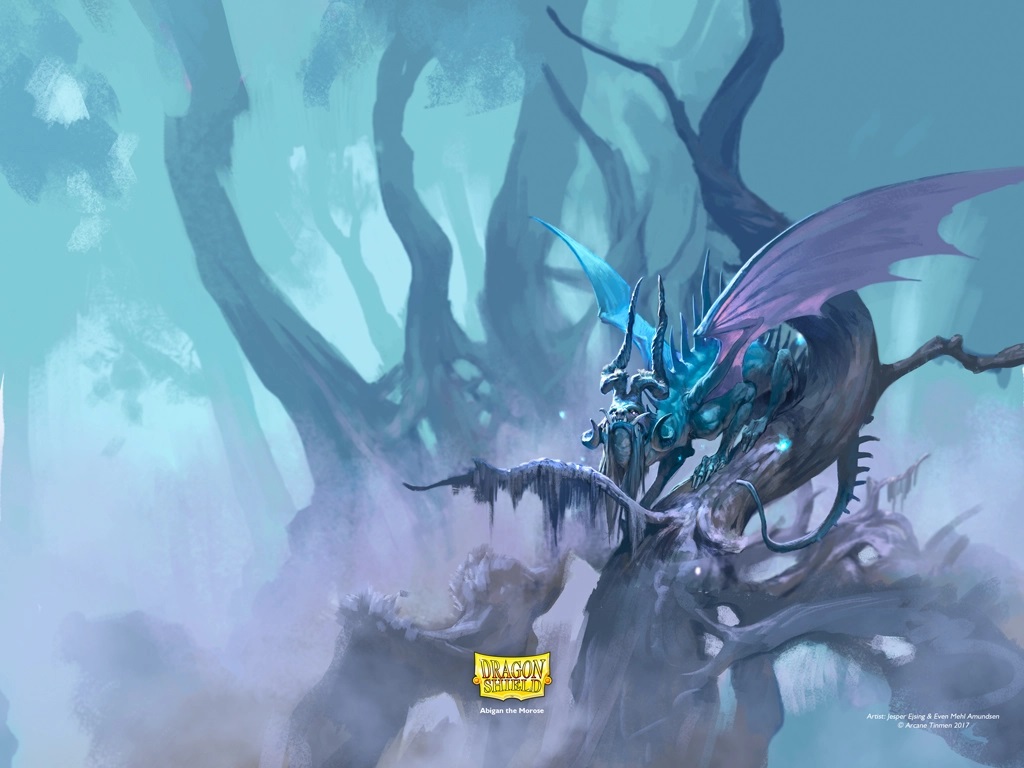 Once upon a time on Arcania, a small basket was found on a doorstep with two dragon hatchlings inside. Abigan and her sister Eliban were cared for by a human family who loved the two immensely. While the two sisters at first appeared identical, as they grew, the differences physically and mentally became all too apparent. The family eventually died and, perhaps because of that, Abigan became large and heavy, a worrisome thing who seldom moved from the same spot as mold started to cover her. Sullen and lonely, Abigan now spends most of her time sleeping, awakening only to feed and worry herself back to sleep. Petrol ‘Abigan’
Matte 100 Standard > Download Dragon 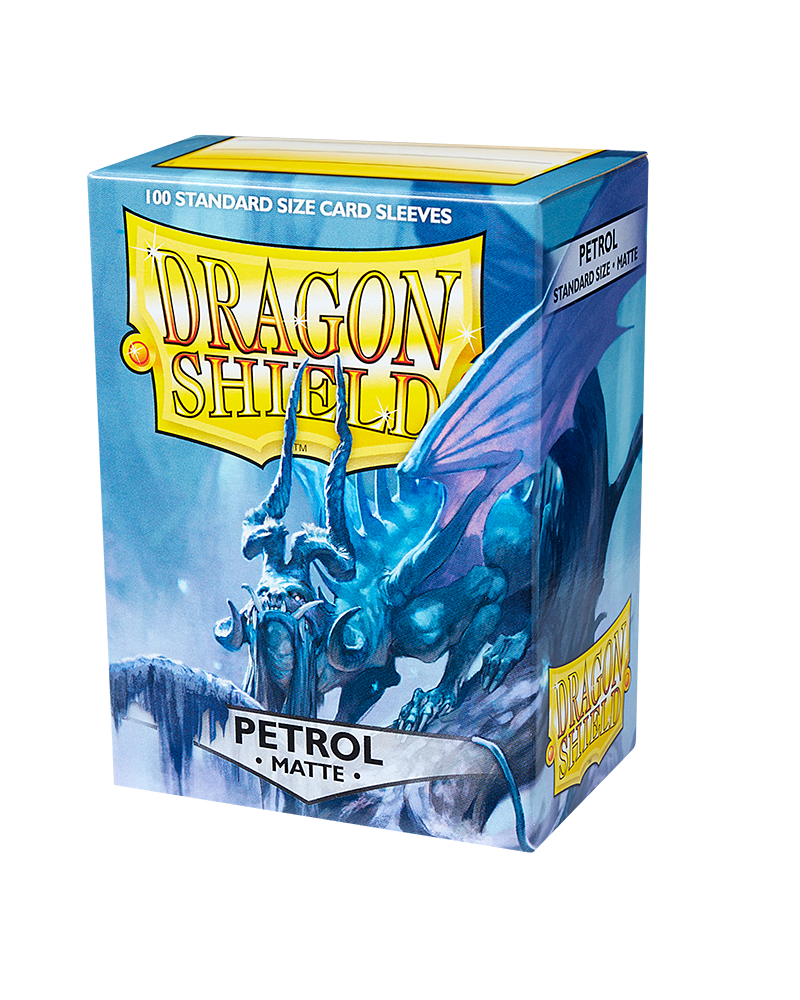 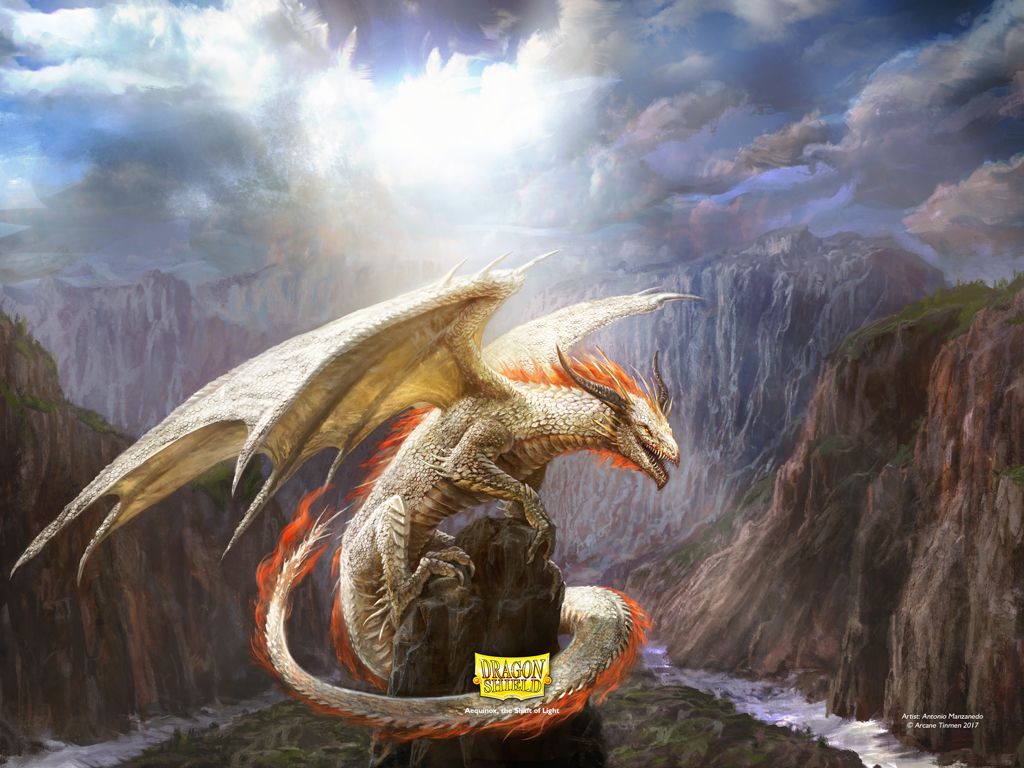 Aequinox, the Shaft of Light

Legend says that Aequinox, the Shaft of Light was born when the first rays of the sun reflected off the surface of Arcania. One of the ancient dragon races, white dragons are without any known fear. Possessing all knowledge of life and death, they willingly perish so that others may live. While men waged war with themselves, it was the white dragons who granted protection to the innocent in the “Time of Miracles”. Aequinox is not bound to earthly existence and is believed to be the force of charity throughout the cosmos. The fire of Aequinox is blue and can melt any known material on Arcania. 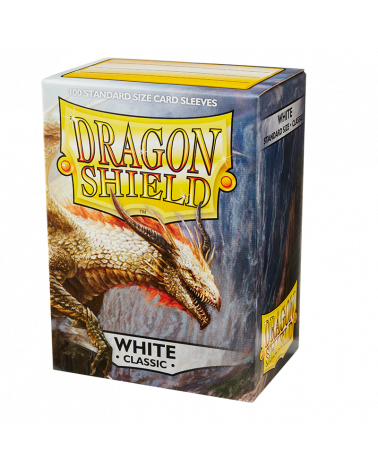 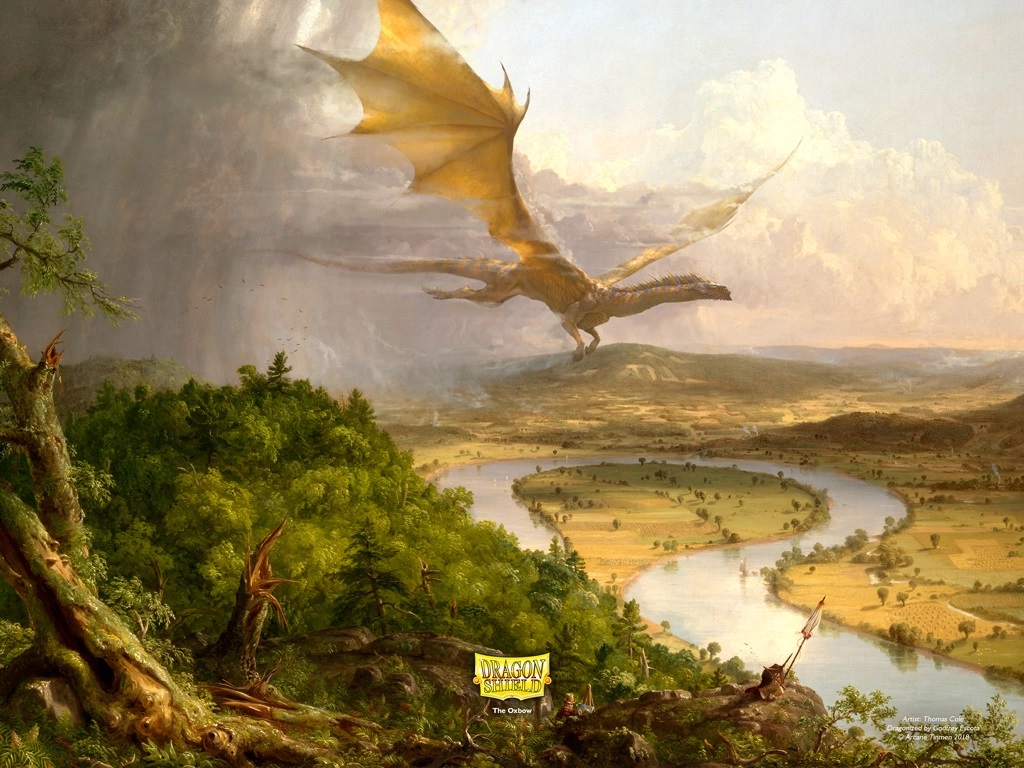 After the Thunder Spring

It stormed last night in the valley below. I, a wanderer, stood in awe, at the broken sky, at the twisted lightning — strike strike! At the dragon that rode the thunder into a new spring; a wanderer; himself A wonder. 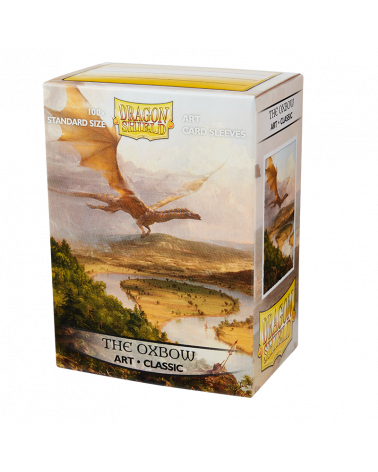 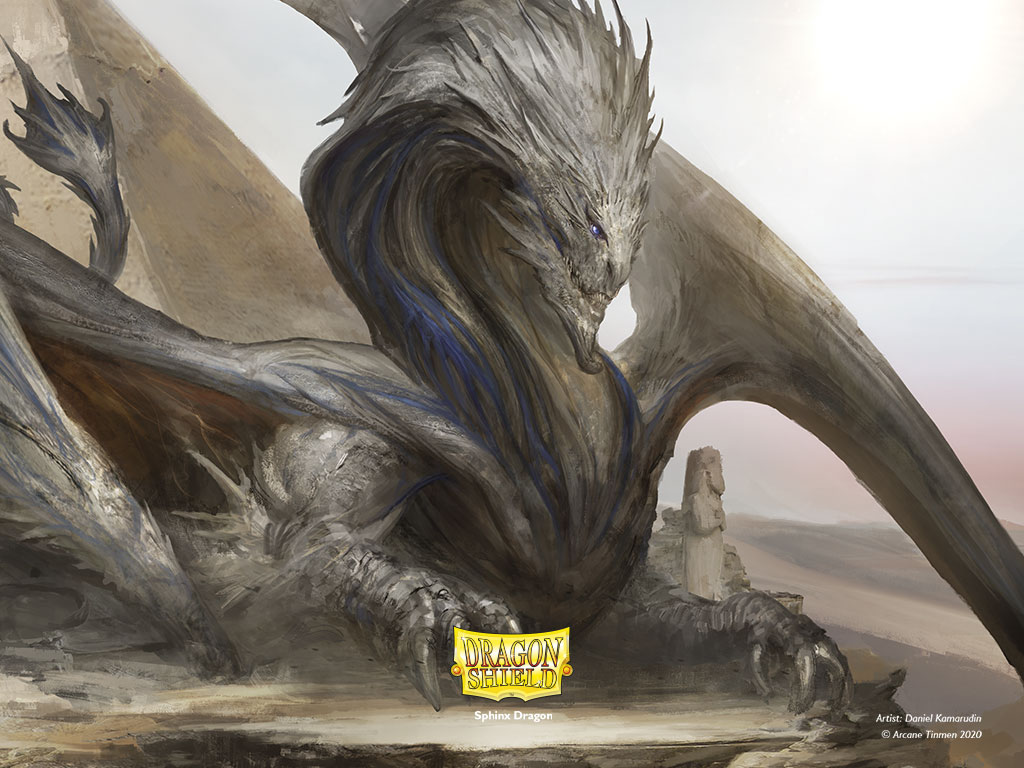 Al’alghaz, the Riddler “My husband always wanted to see the pyramids but he was afraid. For our fortieth wedding anniversary, I booked tickets as a surprise. ‘What could happen?’ I thought. We get to the pyramids and I have my camera ready to capture the moment and what happens? An avalanche of sand comes crashing down on us! That’s when it appeared, asking if we wanted to solve a riddle. Now I hear it won’t let foreign aid into the country until its riddle is solved. Trouble is, the riddle is in some dragon language. Anyway, we went back to the hotel for mojitos.” Elderly Woman Present at Time of Appearance (TOA) 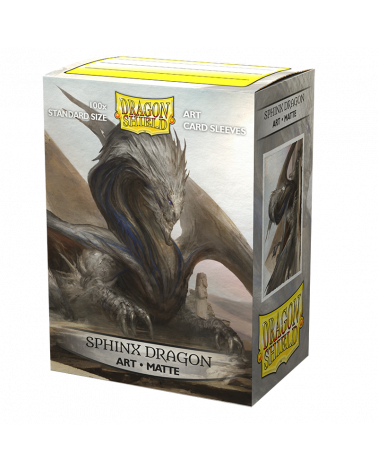 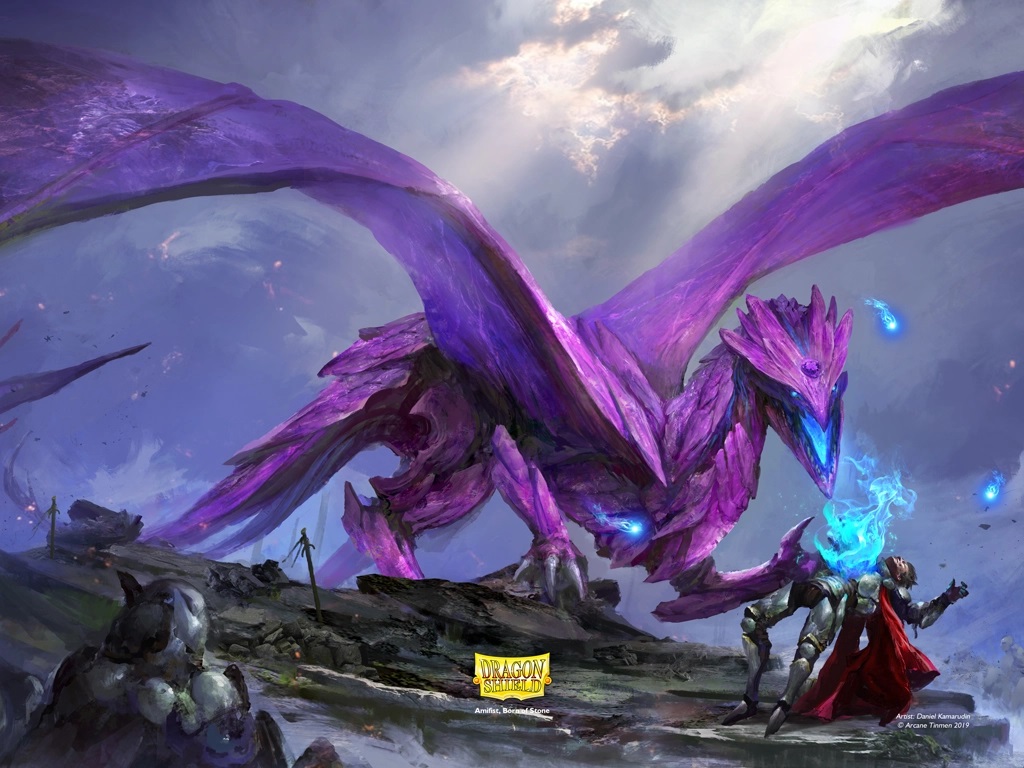 Not all who heard Eternis’s song served the White. For every major chord there is a minor, and underpinning Eternis’s melody came the somber howl of darkness. Obsidian and sapphire, amber and amethyst infused with the song’s Dust sprang forth to claim their place as dragons among the stars. The purple amethyst dragon formed just outside Thebes. Its body, made from black intention and white magic, tore. It needed fuel; the same fuel that gave it life. Dust. In a word: Souls. Eternis heard the soldiers cry as the dragon devoured their souls. He heard it across Arcania on battlefields near and far. That’s when he knew he’d made a terrible mistake. 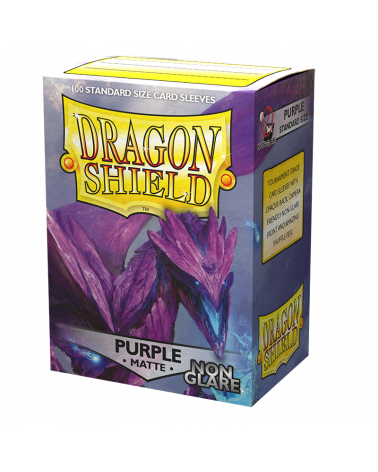